How To Improve Plymouth (By The Residents) 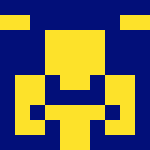 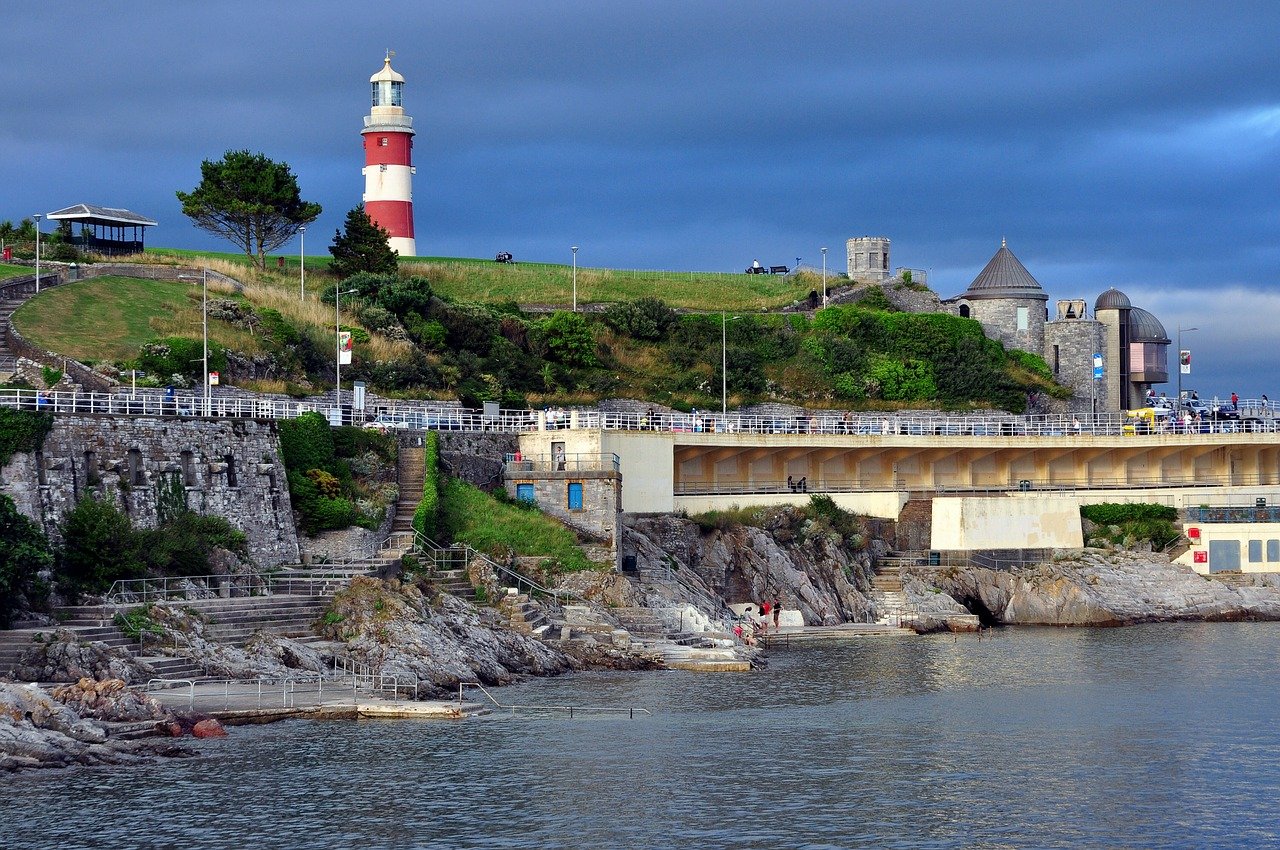 Although Plymouth has lots of nice things about it, there is also a lot that could be improved. Pretty much everyone who lives in the city has an idea about how to improve Plymouth, so…. I asked them.

The caveat is that it had to be smaller and actionable improvements that weren’t huge civic infrastructure projects like a metro or an airport. These are the responses:

A splash of colour

“Paint the drab, grey buildings in the shopping area. Think Stockholm, Italy, Portugal etc. Bright colours everywhere to raise the locals spirits and welcome the yachting/ferry crowd. Also, ban all the red, horrible shop signs. If you have a bright red sign for your shop, I just assume your products will be tasteless and tacky. Let’s have a bit of culture and give people a reason to be proud of the high street”-u/8oggl3

More green space in the University

“The university campus needs to improve its green space. Lots of pointless short clipped lawns which could be planted with pollinators for example.”-u/AlaskaScott

Improve the focus on local history

“Focus on the history/heritage of the city as a selling point for tourism which can generate tourism/investment – potentially paving the way for UNESCO World Heritage status.

There are so many things to reflect on – Mayflower, Drake and the Spanish Armada, pirates and the slave trade (not glossing over the darker history of the likes of Drake and Hawkins), Scott and the arctic explorers setting off from Plymouth, the impact of the Blitz and the rebuilding of the city (including the Abercrombie design which was way ahead of its time), the history of the Three Towns…

Plymouth is a city with such an incredibly deep history, and yet so little is done by those with influence to reflect that. I learned about hardly any of this stuff as a kid growing up in the city, and now I can’t believe it still is ignored. Everything is there, so it doesn’t take much to share that history – you simply need to talk about it.” – u/Dan_Baker83

One user, has a lot to say…

“Actually capitalize on the Hoe/Barbican – It’s a world class location with views etc.. it could really be turned around and attract tourists from far and wide. The current state just looks run down.

Clean up the the city centre- it just looks dirty all the time.

Reduce business rates and reduce the number of empty shops – plus encourage more independent unique shops that gets people into town to browse – the bottom half of new George Street could facilitate this well.

Stop wasting money on ridiculous artwork statues that are located in awful places and have no relation to Plymouth – spend the money on facilities.

Marsh mills roundabout works – what the fuck was all the money spent on? A bunch of rocks and some trees inspired by native Americans.. what?

Stop pedalling the mayflower crap – it does not serve the people of Plymouth – Plymouth was merely a piss stop for the actual mayflower, it departed from Southampton.

Increase food/craft fares – (sea food festival etc) these are great for local businesses and get people out and into the town centre.

E scooters – get the trialed down here, they are great!

The theme of more museums comes up quite regularly…

“A proper Naval/Maritime Museum in the Yard, a bit like Portsmouth’s Historic Dockyard. It would compliment the Aquarium and make us more of a destination. Properly tidy up and develop the Hoe Foreshore (I know its improved greatly in recent years, but..) .

Encourage clubs and societies, be more supportive of social clubs and community pubs.”-u/tris34

“Have a look at all the action that’s been going on along and around Union Street, Nudge (with The Clipper/ The Plot etc), Inner City Seeds, Adelaide Street Angels, Stonehouse Voice – all great community led, grassroots initiatives (I guess Nudge are beyond grassroots now, but they started that way) that have completely changed the feel of the area in the 8 years I’ve lived in the City.

There are also some really great city wide projects that are community and environmentally focused, like Borrow Don’t Buy and Pollinize. There’s also Fab City Plymouth which has the goal of making it so everything Plymouth consumes will be produced in the city by 2058 (not sure how feasible that actually is, but interesting).”-u/brushmushroom

Some of those simple colour paints you can see in London that direct people towards popular areas would be nice, add a little more colour to the floor too you know?”-u/crowii-

Focus on the slave trading history

The spectre of racism and slave trading is one of Plymouth’s major factors and is raised regularly in the comments.

“Tackle racism. Work to recognise the history of piracy and people trafficking of this old pirate cove. Education is the enemy of bigotry.”-u/4ndr350554

“A compost exchange program. You can give your compostable materials and if you want receive an equivalent amount of compost back if you want.

More bike paths between areas of town. I want to get into cycling and want to go up to plymbridge at some point but I keep putting it off as I know I have to navigate loads of busy roads.

Turning unused green spaces into community gardens is a great idea as well.

A recycling for change program like they have in some other countries where you collect enough of cans or something else you can cash it in for a small amount.”-u/Reddituser5309

One of the absolute most important factors (for me at least) to help improve Plymouth is to pedestrianise the Barbican as much as possible. The obvious way to do this is to close off Southside Street (the main route) to traffic during business hours.

“Pedestrianise Southside Street except for deliveries until 10AM. Run street markets there regularly.”-u/Alcoholic_Synonymous

In addition to this, the bus routes could be routed through Hoe Approach/Lambhay Hill… And the motorbikes, well, they’d find a way I’m sure.

For a city of it’s size, Plymouth has a very inadequate transport infrastructure. The main problem is the road from the city to Derriford and Roborough, especially Derriford roundabout.

Although a metro is probably out of the question (too expensive), a more frequent and government subsidised arterial bus route would relieve the strain on the main routes.

“We need a decent publicly owned public transport network. When PCC sold its majority holding in CityBus the network went down hill, prices have skyrocketed from 50p to go from Mutley to town 10 years ago to £1.60 now and the number of services have reduced.”-u/FelonyBellend

As an aside to this, better connections to beaches in the summer would also reduce the strain on traffic and parking. Although there are buses, upping the frequency and lowering prices would make a big difference.

“We need more community wealth building in general and better decision around zoning. Eg, why do we have 2 multi screen cinemas when cinemas are a dying sector? Why so many boring chain restaurants and shops that just suck wealth out of the community? We need planning that sets Plymouth up for the changing retail landscape of the 21st century. Google the Preston model for an idea of the things that are possible.”-u/FelonyBellend

“Basically, I want to see more of this stuff being enabled that makes life better for people that live here rather than focusing on bringing in loads of tourism, which will be seasonal. Also, and I know there are people at PCC that want this to happen but can’t because of ownership issues and red tape, but lending out all the empty shops to small businesses, start ups, artists and makers, social enterprises etc. would make such a difference to the city centre and prospects for graduates.

We have been in desperate need of mid-sized music venues for a while, and hopefully The Depo will help with that, but more wouldn’t hurt.”-u/brushmushroom

“Move people back in to the city centre, most shops are struggling (for a variety of reasons) many of the buildings in the city centre have 3 or more floors, use one for the shop, one for storage and then convert the rest in to residential.”-u/Tuskans1977

And to add to this point – NOT WITH STUDENT HOUSING.

If we’re looking at how to improve Plymouth city centre, making it a more vibrant community with residents proud of their locale will help massively.

Trains are expensive, the road isn’t fast and gets snarled up easily, and the nearest airport is Exeter.

As we’re probably not going to get an airport any time soon, Plymouth council could partner with Exeter and Newquay airports to organise regular fast shuttle buses (possibly discounted) to connect locals and tourists with these gateways to the region.

If you have your own ideas about how to improve Plymouth, share them with us on Twitter @devonherald

Save Money At Christmas – By Not Buying TONS OF CRAP

How Are People Making Money With Crypto Currency?